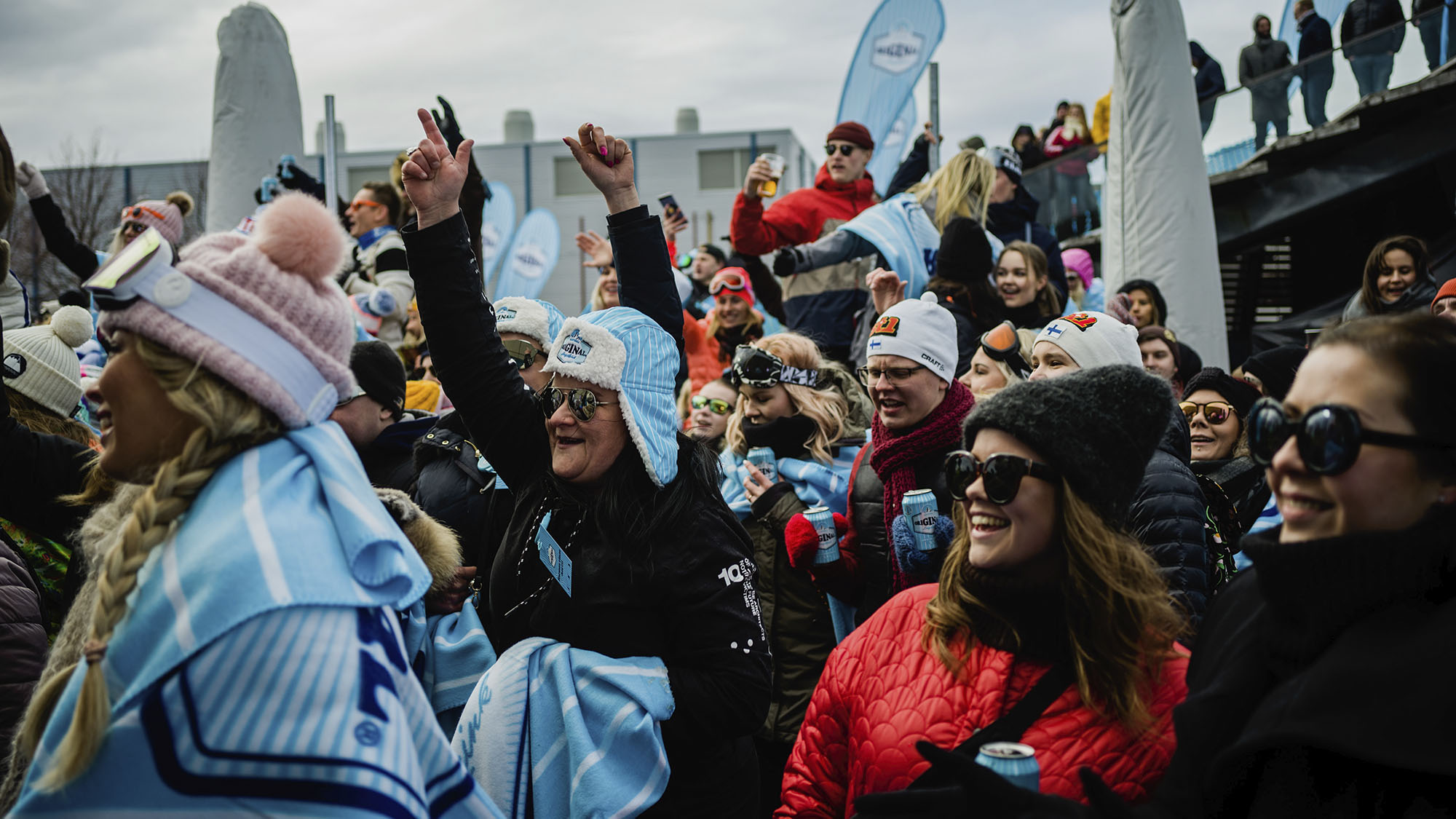 After ski gets its own color: a Long Drink's grey.

In spring 2019, Hartwall Original Long Drink brings Finnish ski culture to a new level by launching of Grey Slope concept. The Grey Slope dates back to the colors representing the different levels of the slopes, and now the after ski has its own color: Long Drink's grey.

As a part of the Grey Slope, Hartwall Original Long Drink also makes a song Grey Slope in collaboration with the Finnish rap trio Teflon Brothers. The song ranks as number one after its release and reaches over 6 million listeners during the year following its release.

During the spring, Original Long Drink brings the atmosphere of the Grey Slope to the Helsinki downtown as Löyly hosts four free Grey Slope events. The idea is to bring the ski resort after ski party to Helsinki as well. All in all, we celebrate in Löyly every Saturday with different DJs and Teflon brothers in March 2019.